It has passed the crash test with flying colours:
the Flair is the first Liner to feature airbags – the original Iveco Daily chassis has been retrofitted

Polch/Düsseldorf, 25th August 2017 – When the generation 2018 Flair featuring the new safety concept goes into production this summer, it will leave an intensive two-year period of development behind it. The challenge has been to completely reconstruct the premium Liner on the Iveco Daily chassis – so that amongst other things the driver and passenger airbags can be integrated. “In this case, we had to guarantee the function of the safety features and conduct all required tests ourselves”, says Hubert Brandl, Managing Director of Niesmann+Bischoff. Therefore comprehensive calculations and numerous computer simulations in the form of virtual crash tests had to be carried out during the complete reconstruction of the chassis body, in order to gradually achieve the perfect solution. After that, numerous tests were conducted “on the moving object”.

Driving against a reinforced concrete wall with 400 kg on board

The highlight of the intensive test phase was a crash test in which the fully-equipped Flair with a 400 kg load – including two dummies weighing 78 kg each – drove against a 120-tonne barrier of reinforced concrete. The amount of energy transferred accorded with an unbraked impact at 135 kilometres per hour onto a stationary car. Temporary accelerations of up to 57 g were measured on the chassis, and 30 g accelerations were measured on the driver and passenger seats, which totals 30 times the acceleration due to gravity. Above all the steering wheel must only suffer minimal displacement, which ensures optimum submersion of the dummy into the airbag.

The glued front windscreen, which is considered to be part of the vehicle structure, and the side windows, which are supposed to fragment outwards, were tested – these are safety aspects which, like the folding of the brake pedal in a forwards direction, provide optimum space for survival. During the crash test with the dummies, not just the driver’s cab but also the complete box set-up and interior fittings were included in the calculations and analyses. The side walls revealed almost no deformations, and the gap dimensions had not changed: the flaps, doors and windows could still be opened easily.

In addition, one specification states that the airbags may only be released in an accident situation and not due to “normal” everyday stresses such as slamming the engine hood and driving over kerbs or cobbles. The Flair also passed these tests.

Cooperation with IVECO and ESTEPE

On the Flair, airbags for the driver and passenger, ESP, seatbelt tensioners and reinforced seat swivel consoles are now part of the series fittings – as is the Pedal Release System, using which drivers’ safety is additionally increased in case of accidents. Should a massive rear-impact crash occur, this guarantees that the brake pedal folds away to the front, which drastically reduces the possible risk of injuries to feet and legs through the pedal. All in all: The engineers involved have implemented an overall safety concept which is exclusive to the Flair. Niesmann+Bischoff has already registered the rights to the design.

The new safety equipment lifts the Flair to a new level within its league, the premium class of motorhomes, as the first Liner with airbags. In addition to the specialists from IVECO, the expertise of the ESTEPE truck specialists from the Netherlands as retrofitters was amongst other things required for this complex project. A specially-designed pedestal and a bulkhead partition able to withstand the specified safety requirements – as verified in comprehensive external tests – played key roles in the necessary elevation of the cockpit. The new safety concept is now a fixed component in series production and is included in the purchase price. 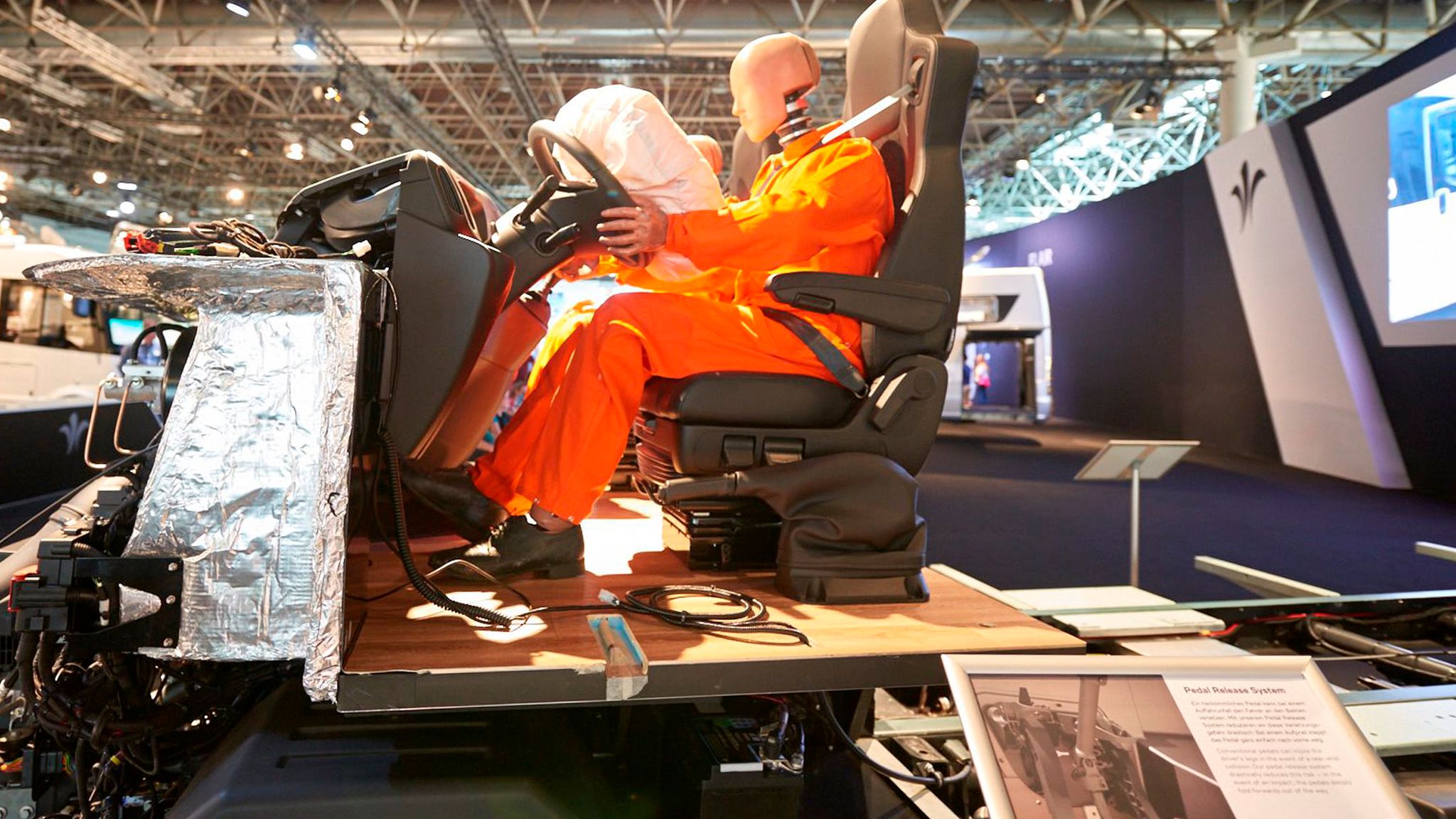 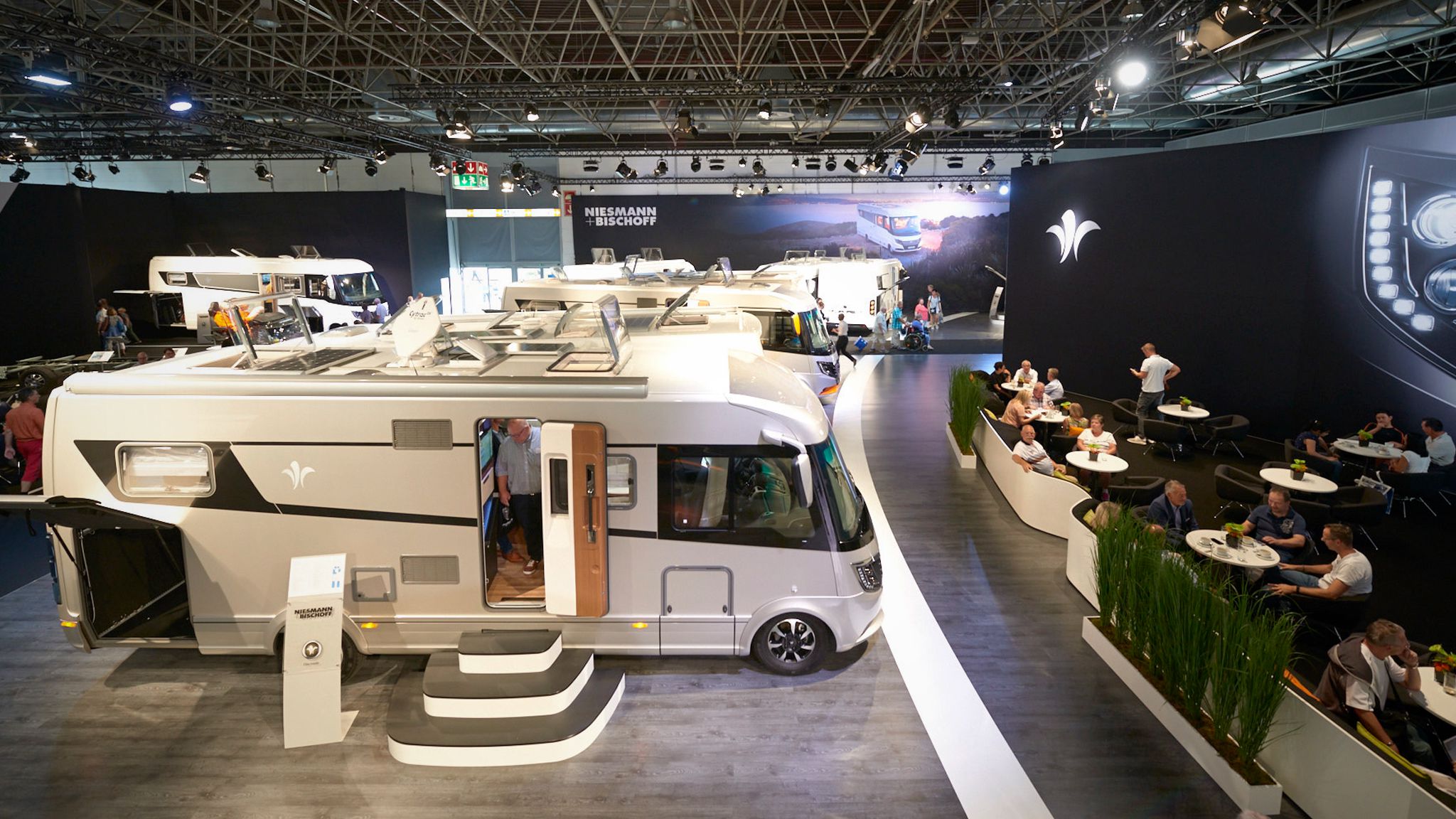 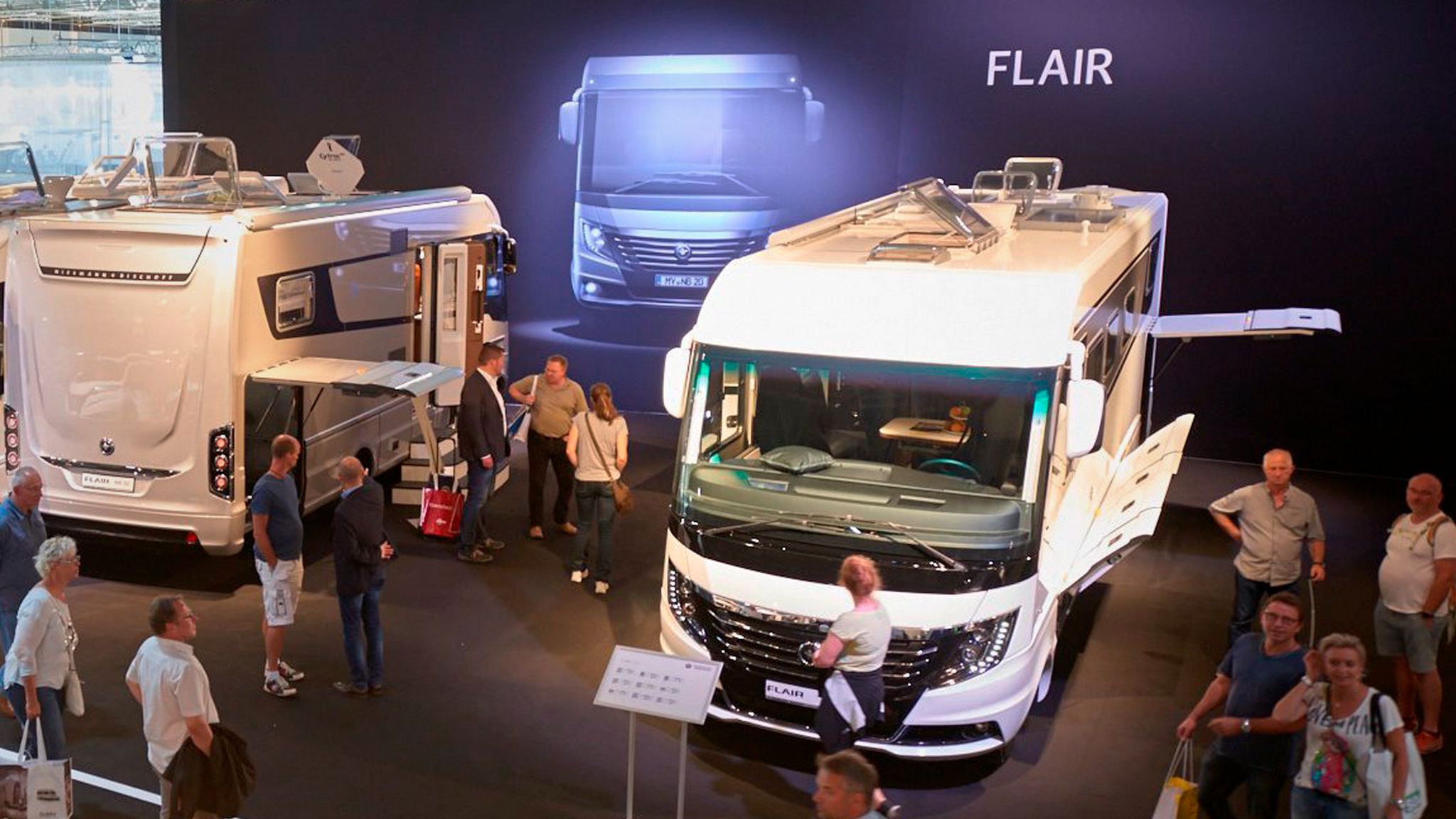 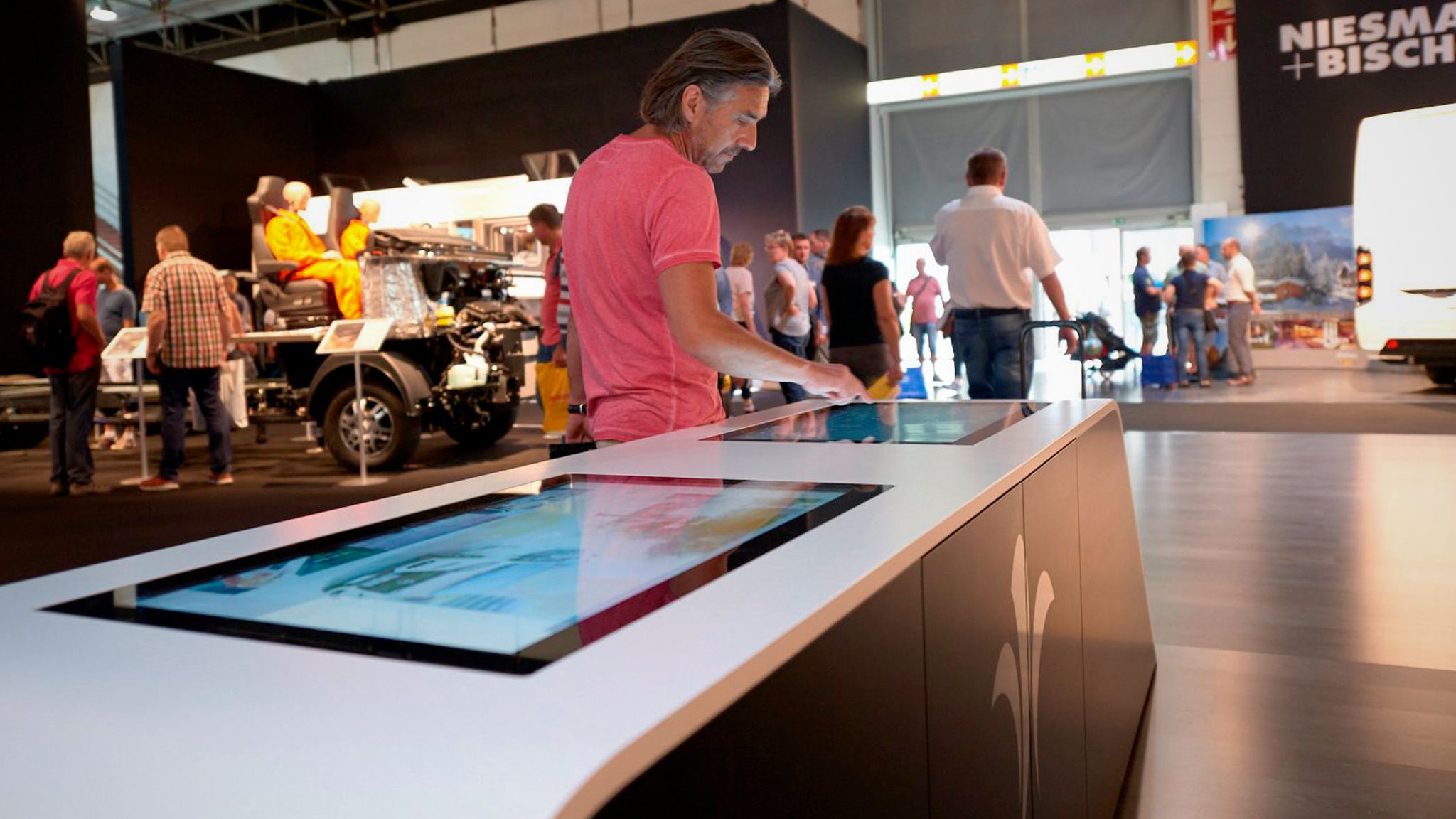 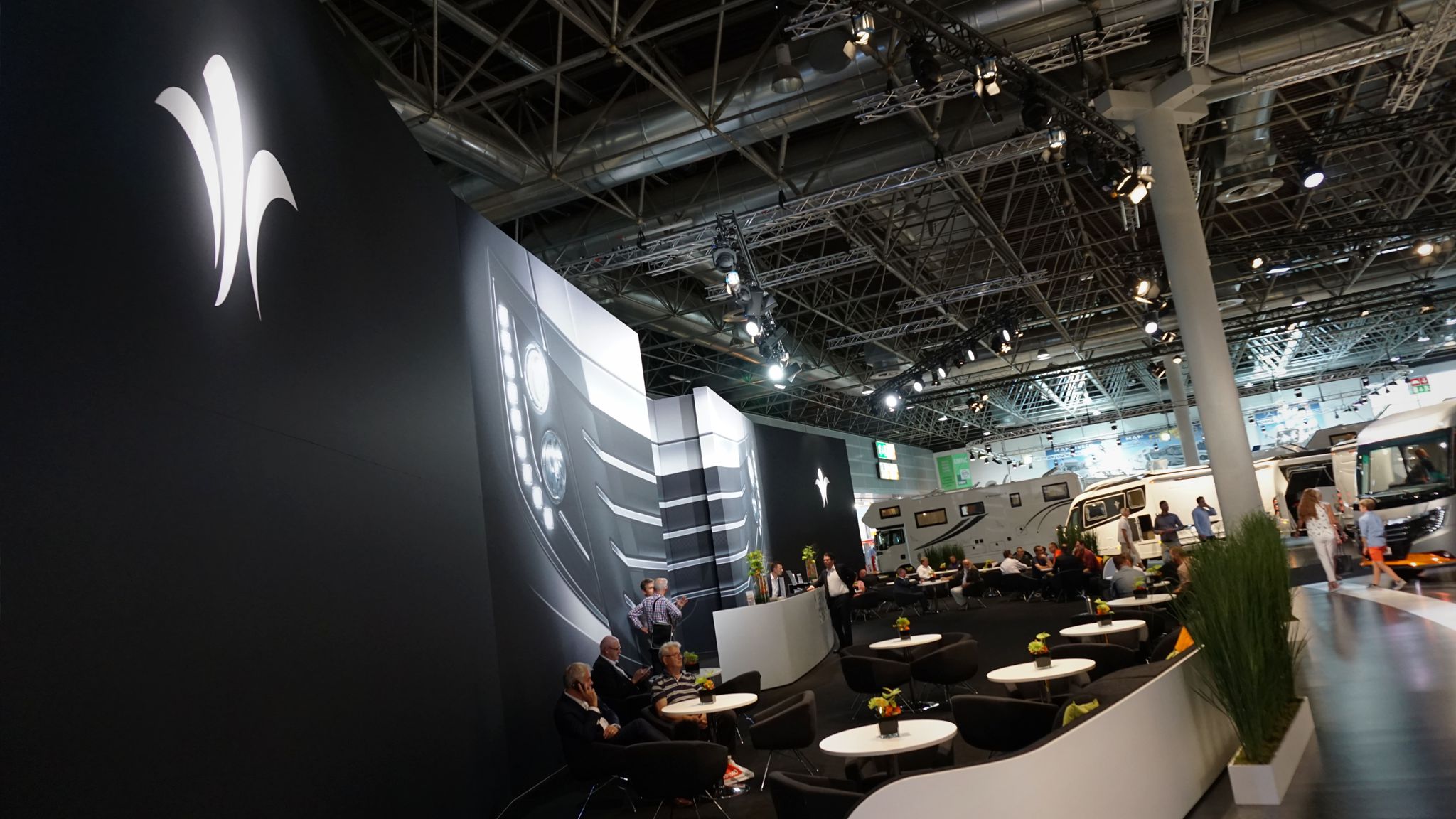 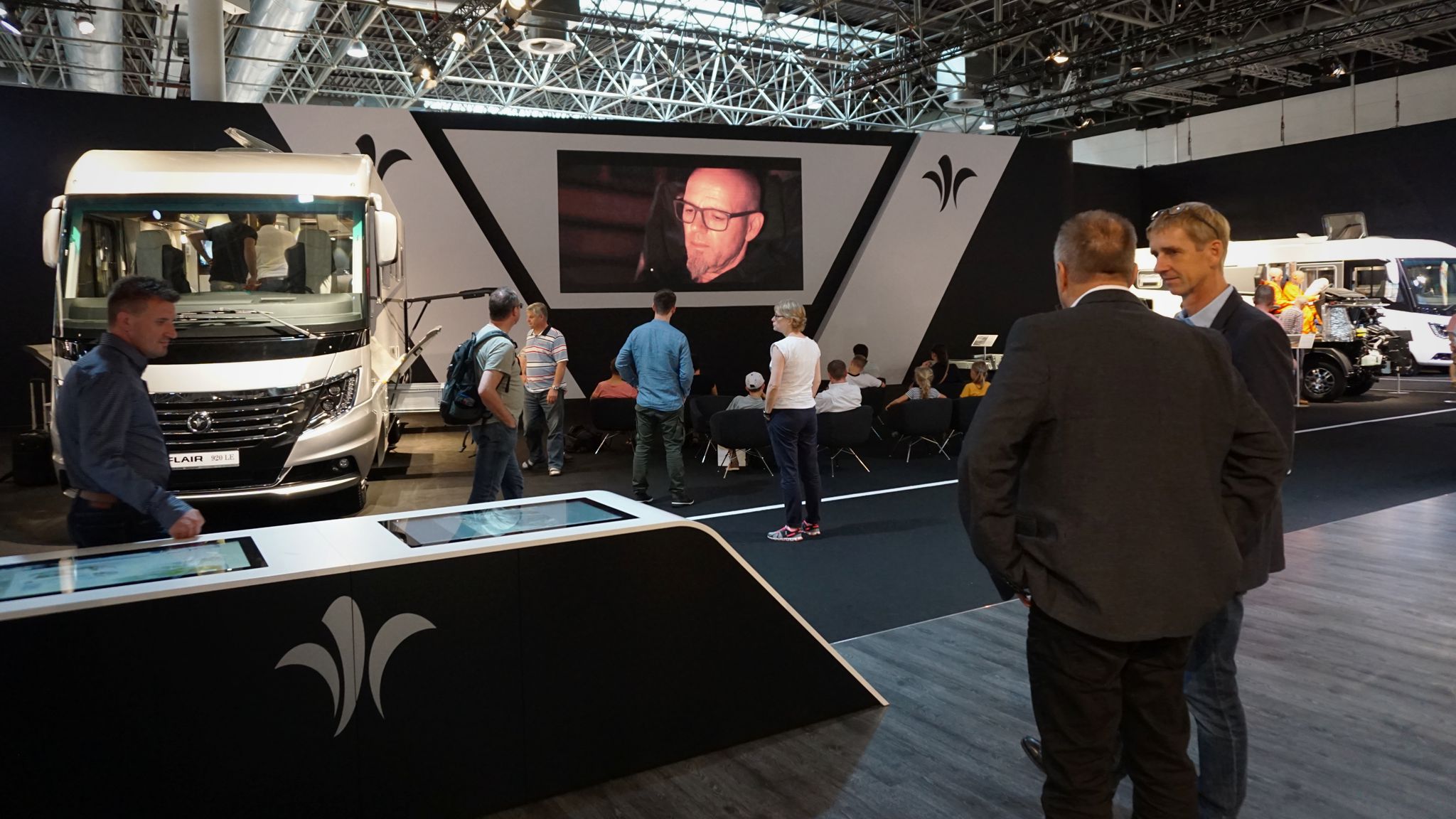