Germany’s most successful table tennis pro Timo Boll just recently hit the road in one our of our premium motorhomes. On 20 September 2019, it was officially handed over to the pro who plays for the champions league team Borussia Düsseldorf. Timo Boll and his wife decided to go with one of our best sellers: the Flair 920 LE.

“I was initially skeptical, but my wife had always wanted to go camping.” said the 33-year old table tennis pro in an exclusive interview while picking up the vehicle. “But because I already spend about 200 nights in hotels each year for my career and my wife doesn’t like to fly, we decided to give camping a try.” It’s the variety provided by camping as a form of travelling that Timo Boll finds most attractive: “Whether for a trip to a city or relaxing in idyllic locations, you’re completely flexible with a motorhome and also outdoors a lot. That’s perfect for kids and a dog.”

The fact that Timo Boll is occasionally ready for a relaxing holiday comes as no big surprise – after all, his contract has been extended to 2022 and for a good reason. He’s been playing for the champions league team Borussia Düsseldorf since 2006 and immediately achieved one of his greatest successes in 2007 after winning the European Championship title in singles, doubles and team competition. He’s still more than impressive when sending the ball over the table, but also thoroughly enjoys easy-going breaks far from crowds and sports arenas. And there’s hardly anything better suited for just that than a motorhome from Niesmann+Bischoff, which is something the family also realised while touring the Flair 920 LE.

But how did that come about?
“I was talking with Timo Glock a while back about motorhomes and my wife wanting to give camping a go. Timo gave me the tip to take a closer look at models from Niesmann+Bischoff. As he drives a Niesmann+Bischoff Arto every now and again, I knew I could rely on his expertise.” said the table tennis pro.

No sooner said than done! The Bolls gladly listened to the DTM-driver’s recommendation and made their way to the Niesmann+Bischoff factory with their daughter shortly thereafter to take an in-depth look at the premium motorhomes: “We both fell in love with the sense of space in this model right when we got on board. But we wanted to rent one to test it out first. And that was what fully convinced us. We bought the Flair 920 LE immediately after that so we can drive to a tournament or just take a spontaneous trip.” 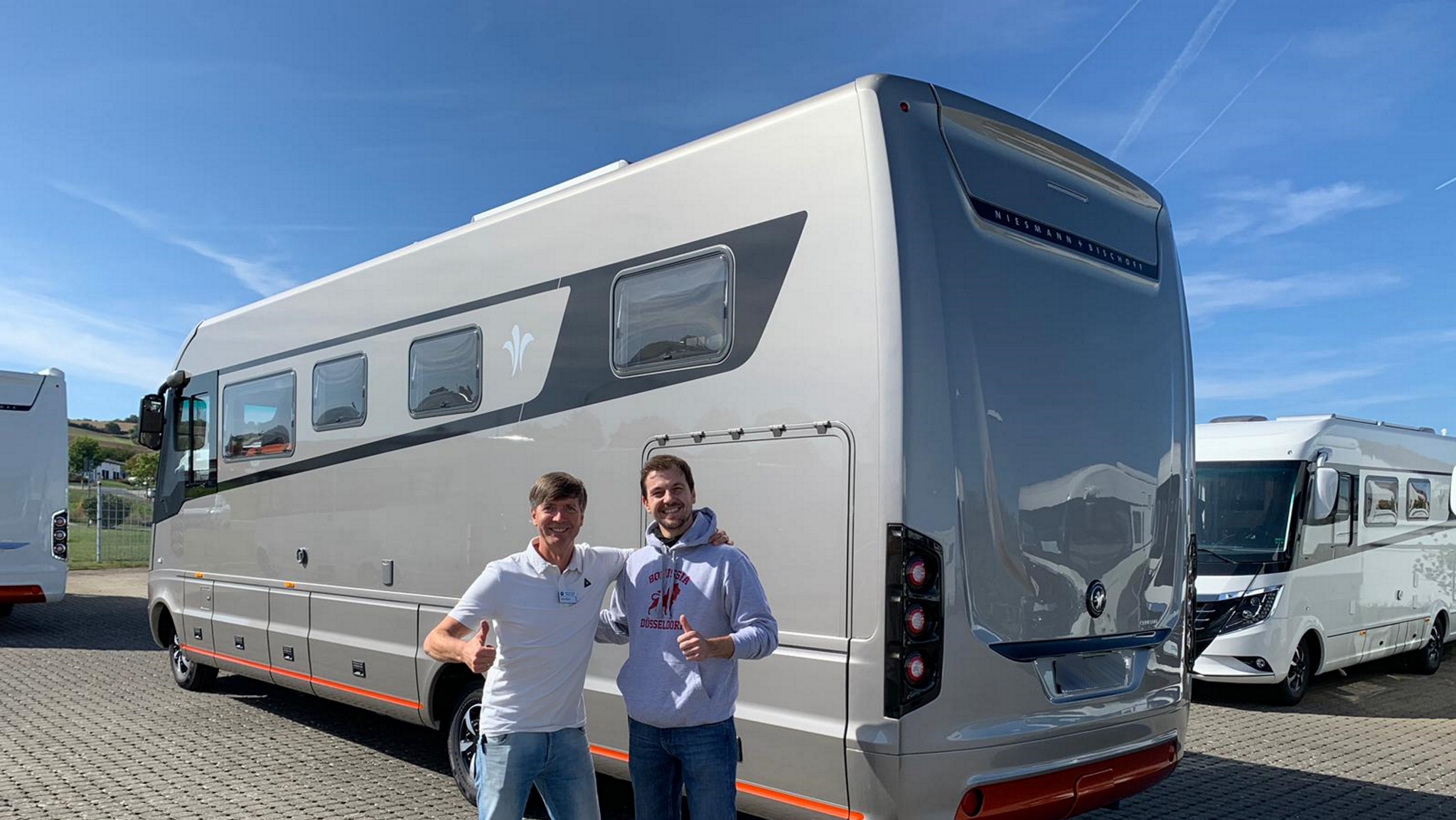 And the next major destination for the new Flair 920 LE has already been decided upon: “Holland. It’s not too far away, and it’s paradise for kids. In the near future, we also want to visit friends across Europe with the motorhome in places like Montenegro, Sweden and England. My personal dream is to have the chance to visit China, my home from home, with the motorhome. With the New Silk Road being built, that doesn’t seem so far-fetched anymore.” happily declared the German table tennis star.

This motorhome breaks all the rules The new iSmove

Coronavirus TOGETHER, WE CAN DEFEAT IT