The new Niesmann+Bischoff Lithium Energy Pack – with solar panels, a solar controller and a charging booster for the Arto, Flair and Smove

Polch, 4th July 2019 – It’s a well-known problem. Anyone travelling with conventional batteries also has the typical disadvantages on board, such as the heavy weight, a short lifespan, low capacity or the dreaded deep discharge. There’s no doubt that the freedom provided by a motorhome also reaches its physical limits as soon as it becomes necessary to look for an electric hook-up. That problem has been solved in all three Niesmann+Bischoff model ranges. From now on, the Lithium Energy Pack will provide assistance and more power. “This is a breakthrough for the highest degree of independence in terms of energy. With average consumption from the use of lights, a TV, travel hair dryer, water pump or ventilation – as shown by our comprehensive tests – up to nine days of energy self-sufficiency can be provided. It doesn’t get more convenient than that”, said Hubert Brandl, Managing Director of Niesmann+Bischoff GmbH. There’s no innovation without that special clou – and this system is all about an all-encompassing solution.

Accessible solar roof and an upgrade to 500 watts

For the Flair, integrating the Lithium Energy Pack increases self-sufficiency from 2.2 to nine days. The length of self-sufficiency for the Arto – based on average power consumption – can even be increased by more than six fold. What’s behind the new pack is an all-encompassing system from a single source. The core element – which replaces the previous AGM batteries – is made up of three lithium iron phosphate batteries with a total capacity of 300 Ah in the Arto and up to 400 Ah in the Flair. The complete pack includes a charging booster, battery monitor, battery management display and a high-performance combi charger with an inverter that provides a 100 Ah charging current as well as 3,000 watts of continuous output (from 12 to 230 volts). Two 125 watt solar panels are also installed on the roof with high-performance ActionWire solar cells. The integrated aluminium panel provides additional stability. The surface of the module is made of accessible EFTE, an extremely robust and durable material. The weight is roughly 80 per cent less than conventional framed glass modules.

The system can be upgraded for the Flair and Arto models to four modules with a total capacity of 500 watts; for the Arto 77 E and 78 F, an upgrade to 375 watts is possible.

The solar controller ensures optimal energy supply even on cloudy days – thanks to Maximum Power Point Tracking (MPPT). Compared to systems such as pulse width modulation charge controller, the extremely fast MPPT controller can improve the energy input by up to 30 per cent in cases in which light intensity constantly varies and depending on the temperature. Fast charging with an electric hook-up is guaranteed. While on the road, the charging booster provides a sufficient charging current from the generator as an alternative method for charging the lithium battery. The Lithium Energy Pack is slightly smaller on board the Smove: two lithium batteries provide a total of 200 Ah, the two solar modules supply 160 watts each and the combi charger registers 70 A with 1,600 watts.

The Lithium Energy Pack significantly increases the batteries’ capacity – by 100 per cent in the Arto, for example, from 143 Ah with the AGM batteries to 285 Ah with the lithium batteries. Additional advantages in comparison to the previous solution are the substantially reduced weight as well as an increase in battery lifespan by roughly five-fold. A drop in voltage is also quite minimal when the lithium sources are under an intense load. Additional plus points are the low self-discharge rate and reliable cold-weather use.

Hubert Brandl: “With the optional Lithium Energy Pack, Niesmann+Bischoff is offering a comprehensive no-fuss pack that provides energy over the short-term while also resolutely focusing on long-term sustainability with premium solar modules.” The new Niesmann+Bischoff self-sufficiency pack also includes intelligent connections. A smartphone app with Bluetooth can be used to customise settings, view history data and perform software updates. It doesn’t get smarter than that. 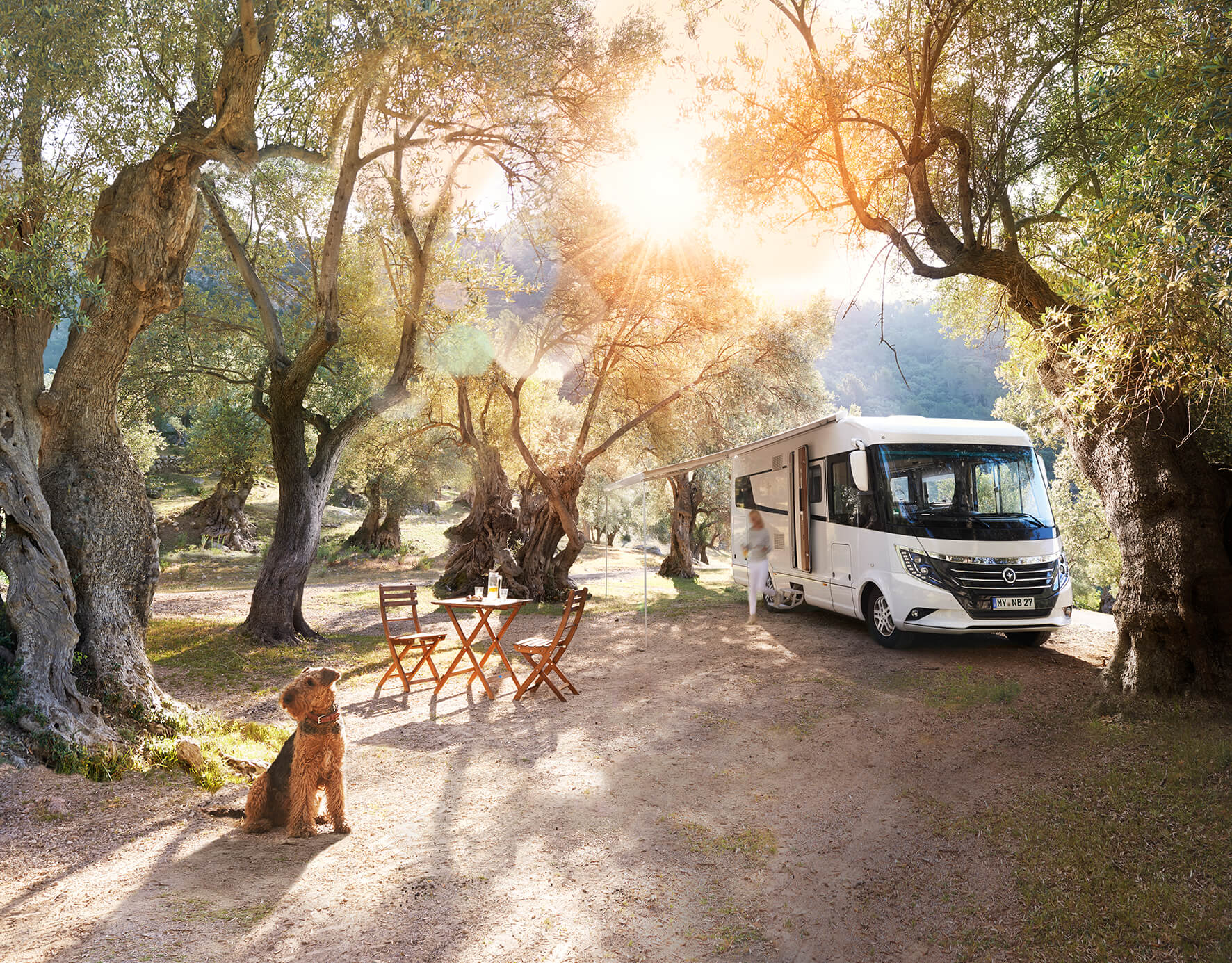 Arto - self-suffieciency and your home is always with you 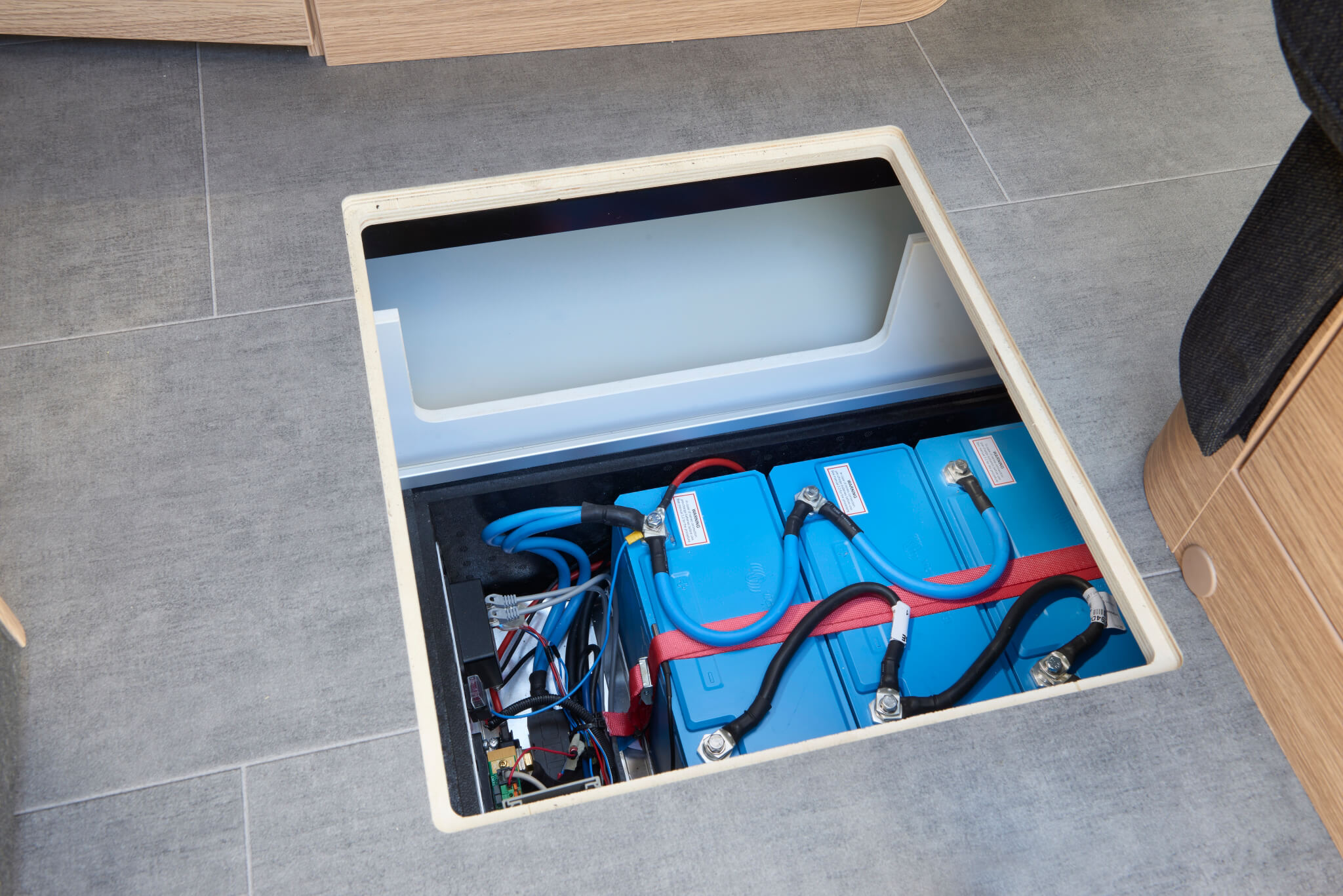 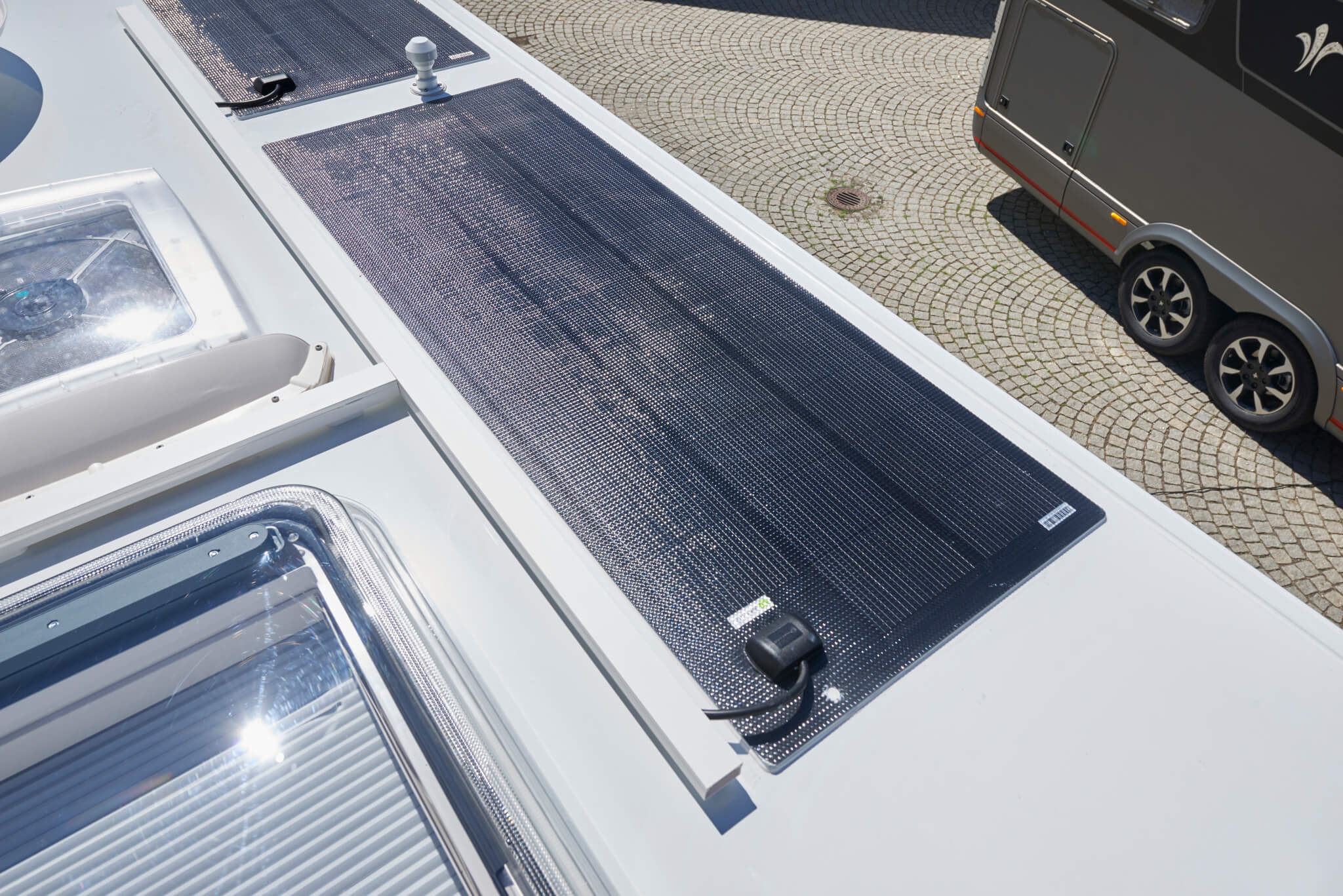 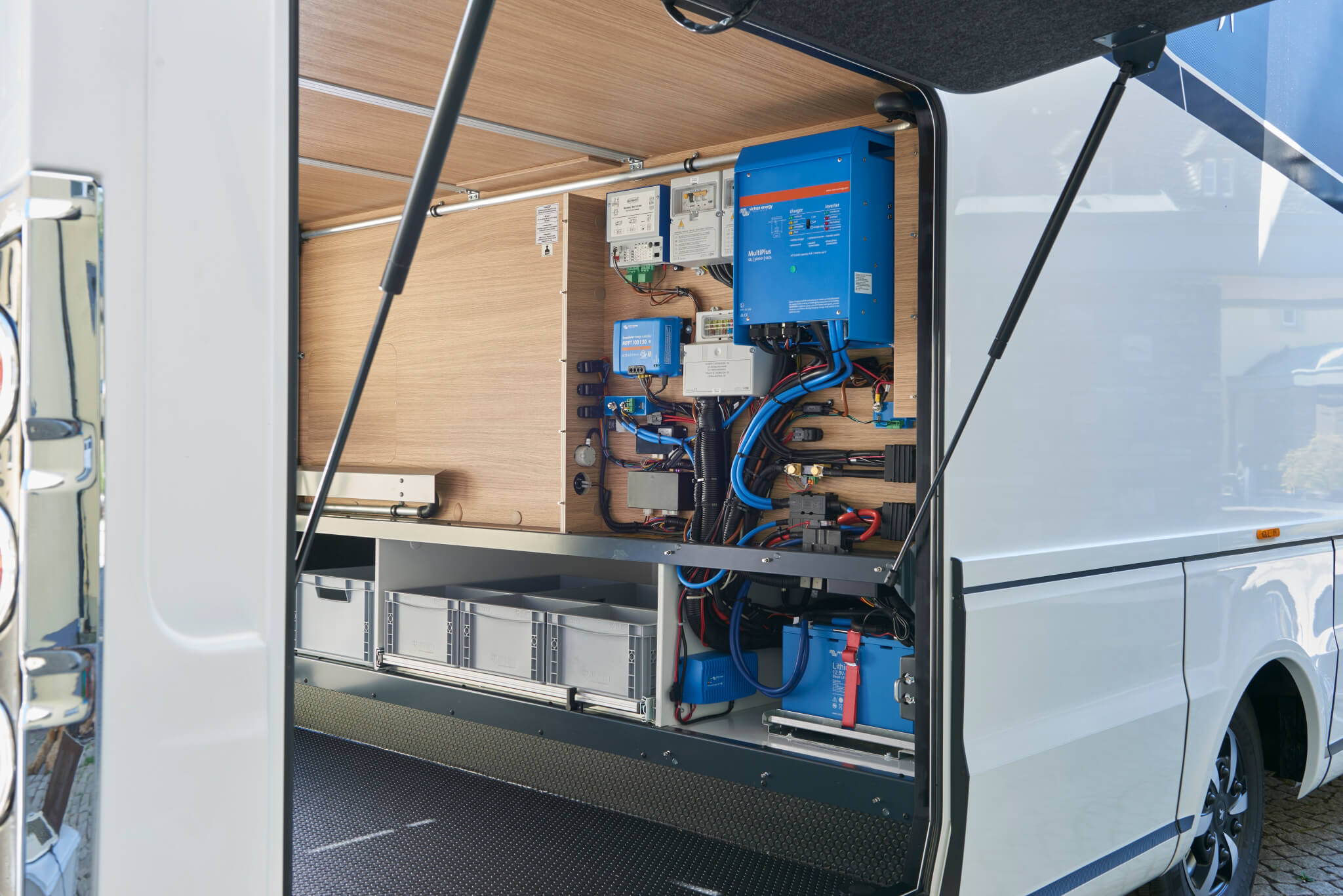 Press release Next generation of the Flair